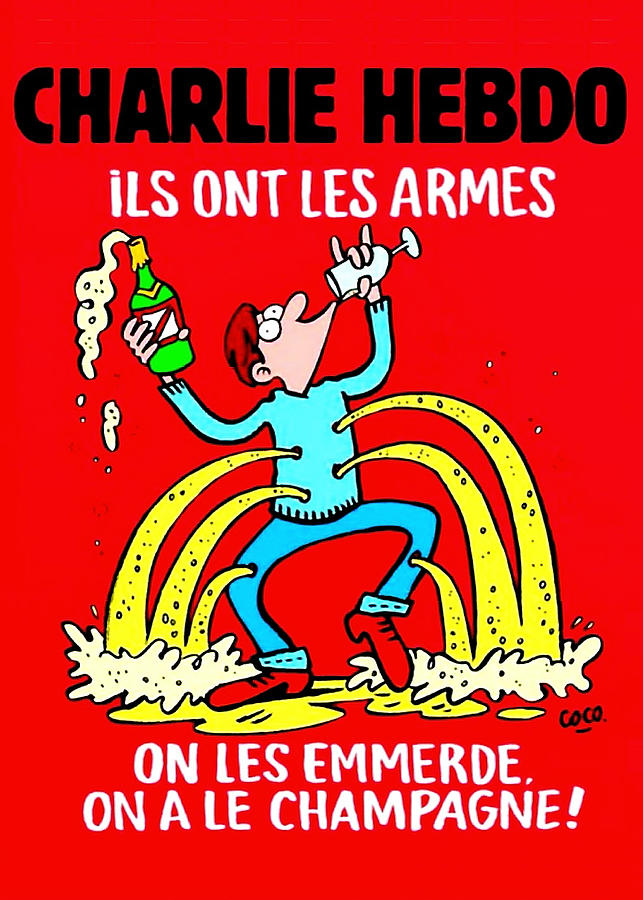 Charlie Hebdo is a French satirical weekly magazine - This was the cover art from Issue #1217 on November 18, 2015 only 5 days after the brutal series of coordinated terrorist attacks that took place on 13 November 2015 in Paris, France and the city's northern suburb, Saint-Denis as well as the Bataclan Theatre where the band Eagles of Death Metal were performing. This cover is the work of French cartoonist Corinne "Coco" Rey.

"They have weapons
Screw them
We have champagne"

Congratulations on your sale!

Congratulations on your sale.

Congratulations on your sale of this wonderful artwork! Fl